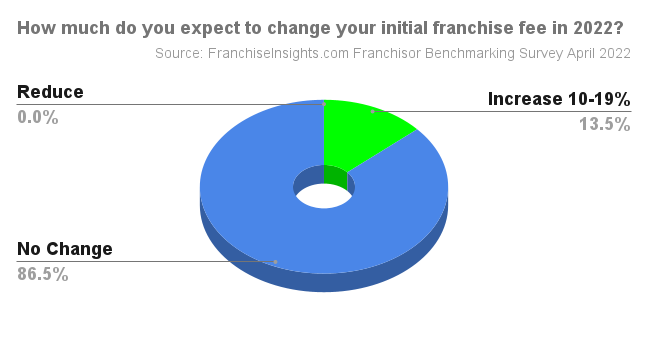 May 25, 2022 – Despite March’s largest increase in U.S. inflation in more than forty years, the majority of U. S. franchisors have no plans to increase initial franchise fees, according to a benchmarking survey by Franchise Insights in April 2022.  A minority (13.5%) of respondents do expect franchise fee increases in 2022 in the 10-19% range.

The Consumer Price Index rose just over 8.5% in March 2022, and eased slightly to 8.3% in April compared to the prior year, propelled by categories like energy prices and rents, as used vehicles and homes slowed their increases. As the war in Ukraine continues, supply chain problems persist, and Americans look forward to summer travel, the near-term prospects for inflation are for “more of the same.”

As yet, Inflation has not deterred aspiring franchisees from pursuing business ownership, with over 67% saying that they are more likely to proceed than three months ago in the most recent survey.

So despite increases in labor and other input costs, most franchise systems are not currently planning to make it up in fees. This makes sense given that most franchise returns come from ongoing royalty fees over time. 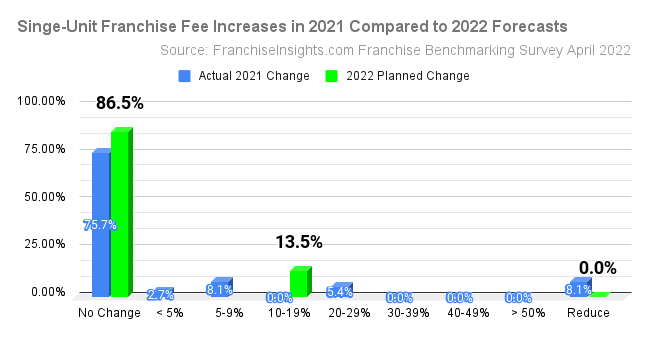 Franchises responding to the benchmarking survey hailed from a representative spectrum of categories and system sizes as seen in the following charts. There were, however, no respondents to this particular survey from the Real Estate or Lodging franchise categories. 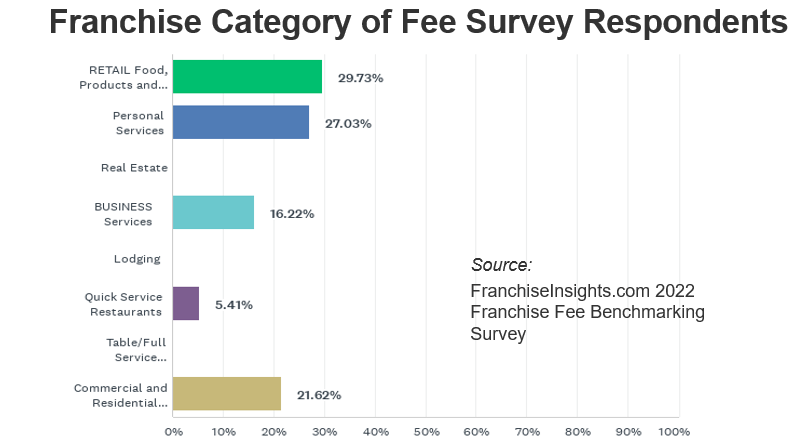 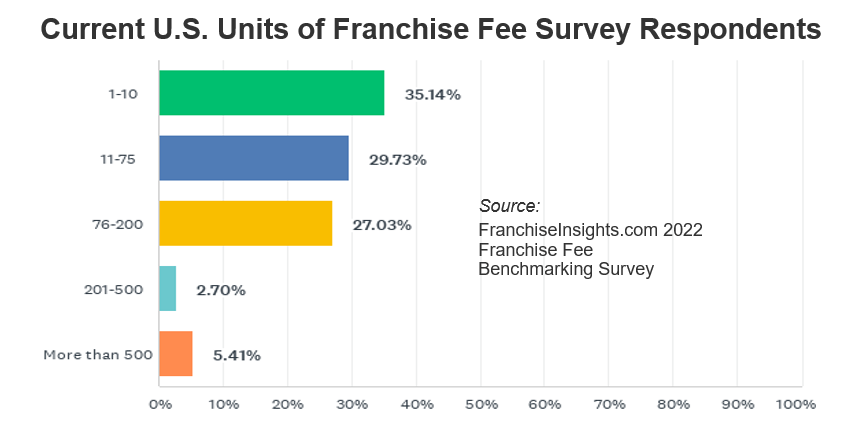