In a strong showing of their confidence about the future, nearly two-thirds of franchises plan to spend more to recruit new franchisees in 2020, according to a survey across the Franchise Ventures demand-generation platform. 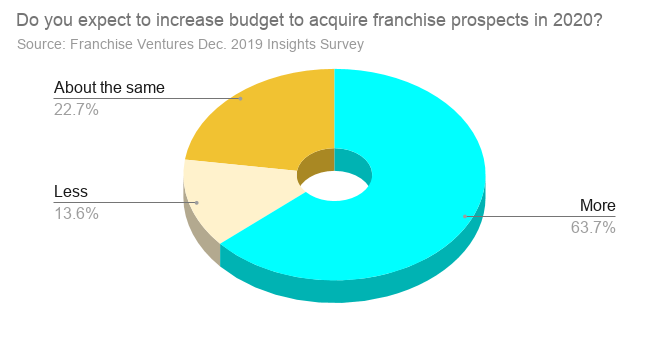 “Not only is the broad economy favorable for growth, but low unemployment means that franchisors are competing with traditional employers for attractive candidates,” Alston said. “But low employment is not holding back the interest in owning franchises.”