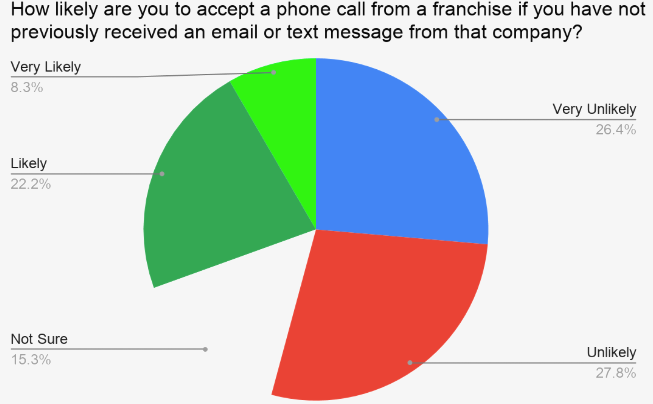 Tip #1 Send an email or text to make initial contact

Given the unwanted robocalls that we all get, don’t we ignore phone calls from numbers we don’t recognize? Prospects want some kind of introduction to know more about your franchise before calling you or taking your call. In a 2020 survey of franchise prospects, over 54% are unlikely or very unlikely to accept a phone call from a franchise they have not first exchanged an email or text with.

On the other hand, over 36% said they are willing “to accept a phone call from a franchise before receiving an email or text with more information on the opportunity.” In future surveys, we will attempt to determine whether there are ways prospects can be identified and reached by the preferred channel in the right order. 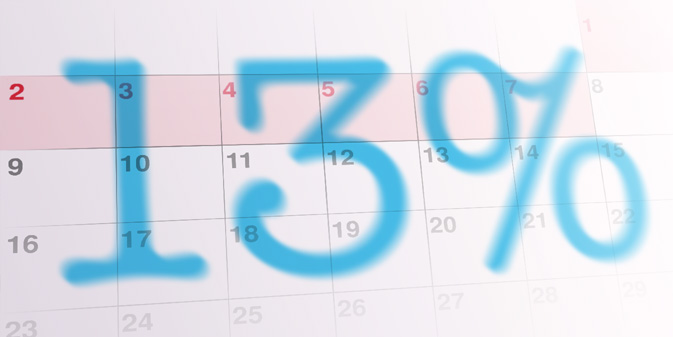 A groundbreaking Harvard Business Review article stressed the importance of swift responsiveness when a prospective franchise buyer inquires about your brand. Indeed, franchise systems that can engage new prospects quickly and across multiple channels gain a competitive advantage.

What do you do when a week passes with no response from a lead? How much time and effort should be devoted to a prospect that appears to be unreachable?

According to a recent mystery shopping survey of prospective buyers, 13% of the prospects surveyed indicated they “just haven’t had a chance to respond yet” more than seven days after the initial inquiry — but they still intend to engage. Accordingly, we encourage franchise development professionals not to throw in the towel. Persistence will be rewarded.

The “mystery shop” survey of franchise inquirers was conducted in January and February 2020 on the Franchise Ventures lead generation platform.

Best Practices, By Geography
Connect with us onLinkedInSubscribeto Franchise Insights