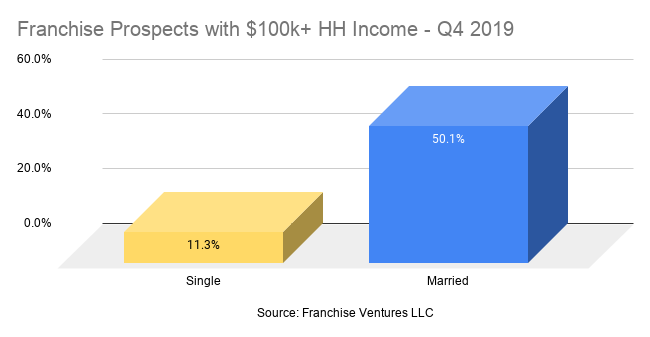 March 18, 2020 – More than half of prospects interested in buying a franchise are married, which turns out to be an important factor in boosting average household income.

In fact, half of married prospects have a household income of $100,000 or more in Q4 of 2019, according to the latest data analysis by Franchise Ventures.

For this analysis, Franchise Ventures combined its pool of investment inquiries with demographic data from Alliant, a leading provider of U.S. consumer audience targeting and data enrichment and predictive analytics.