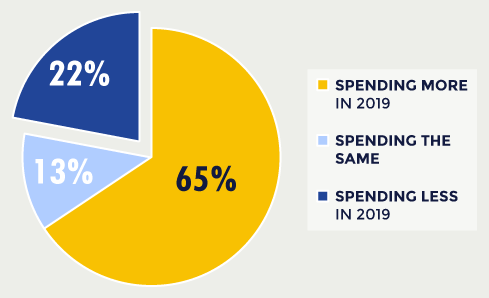 Feb. 19, 2019 – According to a survey of active franchise systems conducted by Franchise Insights, franchisors plan to raise their recruitment budgets this year as favorable growth conditions continue.

“Not only is the broad economy favorable for growth, but low unemployment means that franchisors are competing with traditional employers for attractive candidates,” said Michael Alston, president of Franchise Ventures, which operates FranchiseInsights.com. “And we are seeing an increase in new franchise concepts coming to market, adding further competition.”

Franchise portals were cited as a “primary lead source” in 87% of the responses. Among the other sources mentioned, in-house digital marketing tallied 8%  (including search-engine and social marketing), brokers were 3%, and third-party agencies were cited 2% of the time.