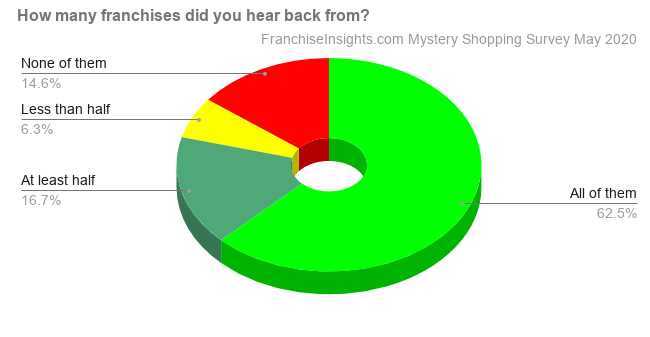 May 21, 2020 – According to a May survey of interested franchise buyers, more franchisors are consistently following through with each inquiry and attempting to make contact.

In May, 62.5% of respondents report being contacted by each of the one or more franchises to which they inquired. This is all the more important, considering that over 46% of prospective buyers inquired to only a single franchise concept in April. 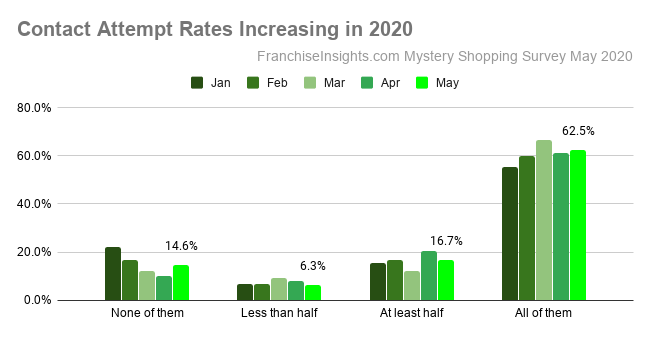 As unlikely as it would seem, not all prospective buyers are contacted. One likely reason is that 67% of inquiries are made outside of the business hours of franchise development teams given differences in time zones. For its 2019 annual review of best practices for franchise development teams, Franchise Update Media commissioned a mystery shop that showed similarly surprising results. In that study, only 46% of franchisors called prospects who had submitted an inquiry about their brand.

The “Mystery Shop” survey is conducted monthly by FranchiseInsights.com from a sample of franchise inquirers across the FranchiseVentures lead generation platform. The latest data is from the week of May 18, 2020.