Baby Boomers interested in buying franchises may not claim the same high growth rates of Millennial and Gen X entrepreneurs, but the sizable Boomer segment holds an attractive lead in assets to fund new franchise businesses. 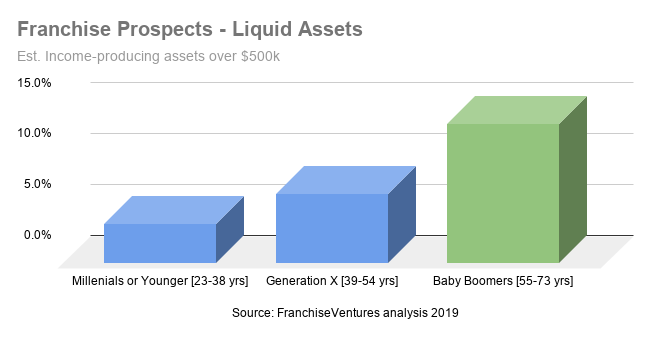 Baby Boomers accounted for 27% of prospects contacting franchisors through the FranchiseVentures demand-generation platform in 2019. Here is a demographic profile of the 55- to 73-year-old cohort, based on 2019 data: