January 13, 2020 – Georgia, Nevada and Florida led the nation with the highest levels of interest in buying a franchise in 2019, according to new data from Franchise Insights. 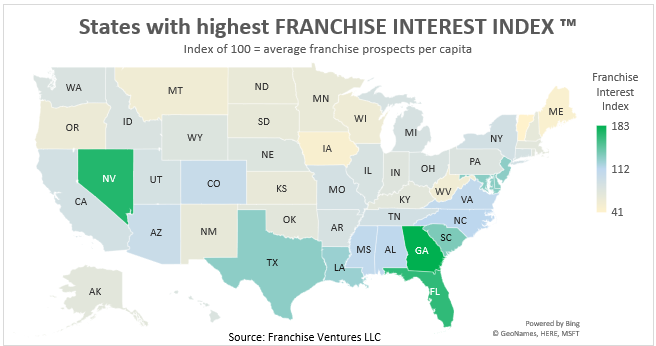