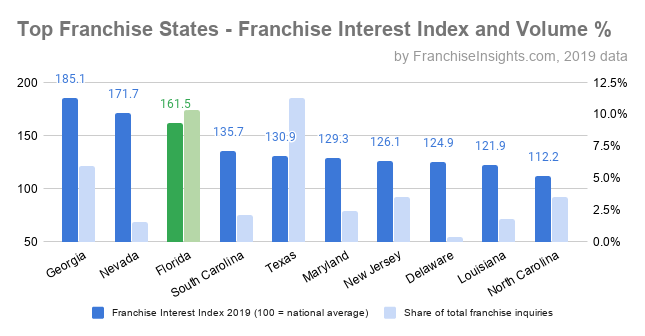 June 17, 2020 – As the nation’s third-largest state by adult population, Florida is a powerhouse of potential franchisees, ranking No. 3 for total investment inquiries made last year, and also No. 3 in per-capita Franchise Interest Index™ in 2019.

With 19.8 million adults over the age of 22, Floridians generated 10.4% of U.S. franchising inquiries through the FranchiseVentures demand-generation platform in 2019. On a per-capita basis, entrepreneurial interest runs 61% higher than the national average, ranking third behind Georgia and Nevada. 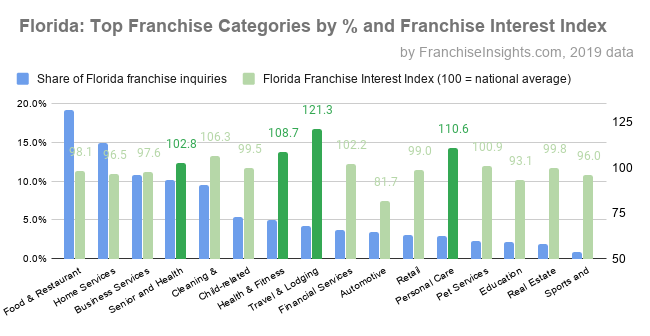 As a popular destination for tourists and retirees, Florida led the nation’s largest states for interest in Travel-related franchises.

Despite a reputation as a retirement mecca, Florida is only 5% above average for Seniors interested in buying a franchise. And while Senior Care franchises are the state’s fourth most popular category, with 10.2% of interest, that share is a modest 2.8% above the national norm. Here is a demographic profile of Florida prospects who contacted franchisors through the FranchiseVentures demand-generation platform in 2019: