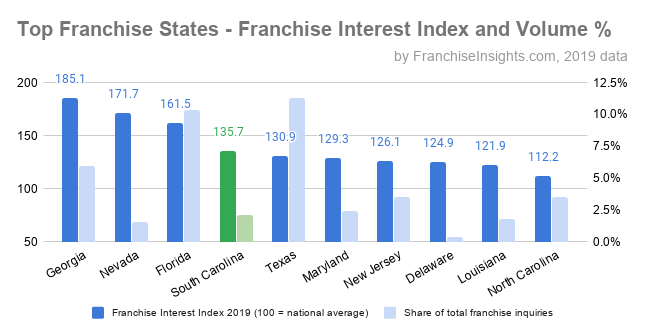 June 30, 2020 – Entrepreneurial spirit is alive and well in South Carolina, where potential franchisees were active enough to rank the state at No. 4 in per-capita Franchise Interest Index™ in 2019.

The Palmetto State is the nation’s 27th largest by adult population, with 4.8 million adults over the age of 22. But it generated 1.8% of the prospects who contacted U.S. franchises through the FranchiseVentures demand-generation platform in 2019. On a per-capita basis, that is 35.7% higher than the national average, ranking South Carolina fourth, between two much larger Southern states – Florida at No. 3 and Texas at No. 5. 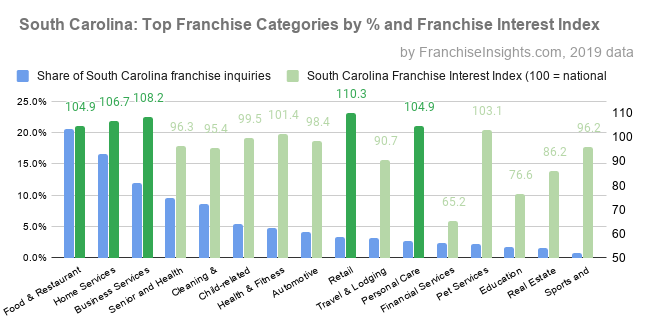 Here is a demographic profile of South Carolina prospects who contacted franchisors through the FranchiseVentures demand-generation platform in 2019: