Nov. 5, 2019 – Interest in owning a franchise is balanced almost equally between women and men overall, according to the latest small business analysis by Franchise Ventures — and women are starting to outpace men among Gen X prospects.

“We don’t see a glass ceiling when it comes to interest in buying a franchise,” said Michael Alston, president of Franchise Ventures, “The proportion of prospects who want to own their own business has reached near parity over the past seven quarters.” 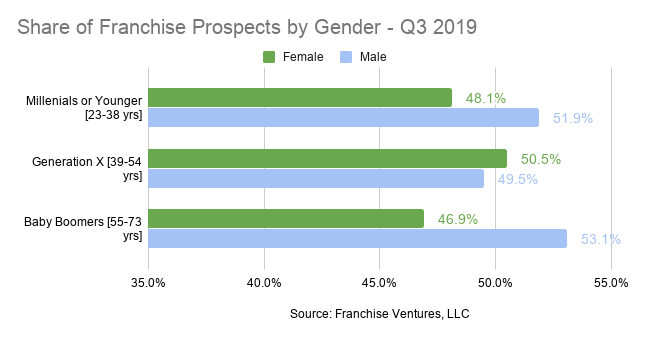