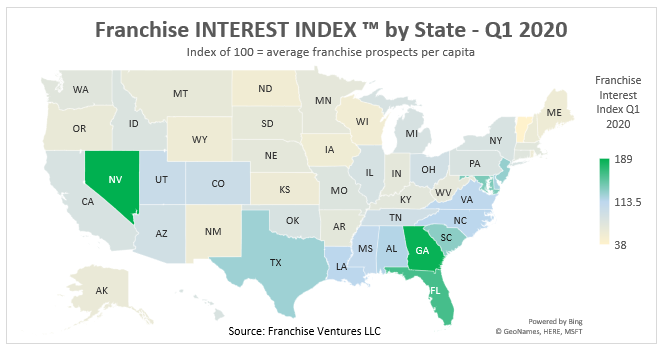 April 22, 2020 – Nevada edged past Georgia to lead the nation with the highest adult per capita interest in buying a franchise in Q1 2020, according to new data from Franchise Insights. Georgia had claimed the top spot in the The Franchise Interest IndexTM  for the full year of 2019.