While Millennials are the fastest-growing group of franchise prospects, Generation X was far and away the largest age group interested in buying a franchise last year.

Generation X claimed 44.9% share of prospects contacting franchisors through the Franchise Ventures demand-generation platform in 2019. Here is a demographic profile of the 39- to 54-year-old cohort, based on 2019 data: 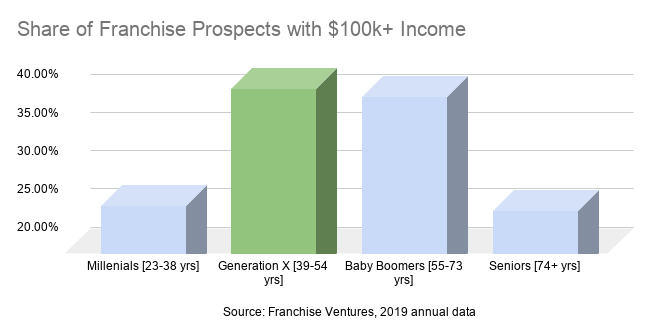 For this analysis, Franchise Ventures combined its pool of investment inquiries with demographic data from Alliant, a leading provider of U.S. consumer audience targeting and data enrichment and predictive analytics. 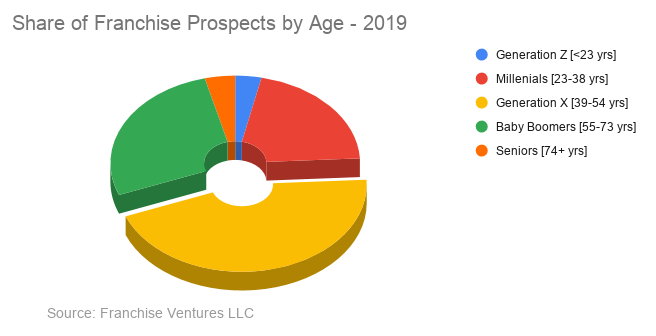 Franchise Ventures is the leading demand generation platform for potential franchisees to thousands of growing franchise systems in the United States and Canada. Its franchise lead-generation businesses include Franchise.com, Franchise Solutions, Franchise Gator, Franchise Opportunities, Franchise For Sale, and BusinessBroker.net, and together they provide the largest collection of prospective franchise inquiries in the U.S.