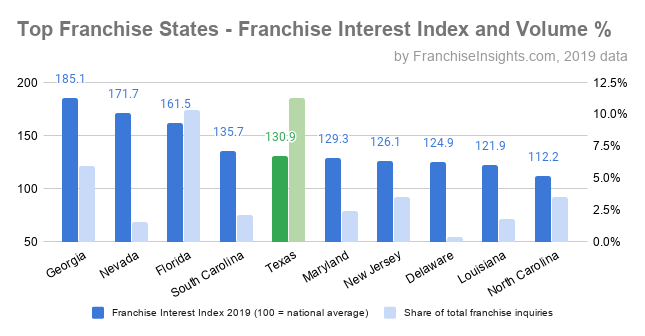 While Georgia leads the nation in per-capita interest in potential franchise ownership, another Southern state leads in total volume of interested franchise seekers. Texas ranked No. 1 in 2019 for its 11.3% share of inquiries through the FranchiseVentures demand-generation platform in 2019. That’s not surprising, since it also boasts the nation’s second-largest population of adults over the age of 22.

Texas ranked No. 5 for adult per-capita interest in buying a franchise in 2019. The Franchise Interest Index™ for the state was 31% higher than the national average. 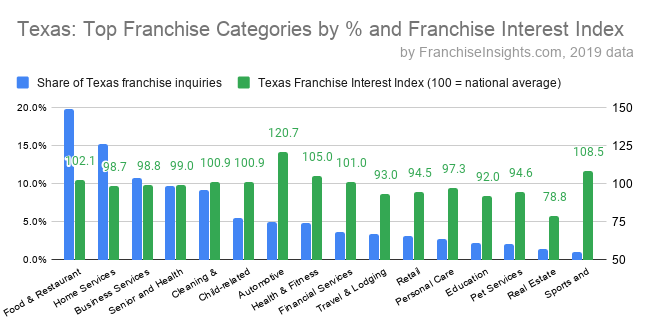 The Lone Star state was also notably strong in its representation of the Generation X demographic. Here is a demographic profile of Texas prospects who contacted franchisors through the FranchiseVentures demand-generation platform in 2019:

The Franchise Insights analysis is drawn from FranchiseVentures, the leading demand generation platform for potential franchisees to thousands of growing franchise systems in the United States and Canada. Its franchise lead-generation brands include Franchise.com, Franchise Solutions, Franchise Gator, Franchise Opportunities, Franchise For Sale, and BusinessBroker.net, and together they provide the largest aggregation of prospective franchise buyers in the U.S.