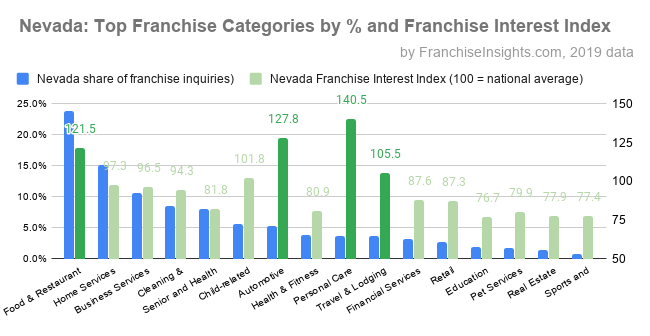 Exceptionally high interest in discretionary-spending franchises like restaurants, spas and salons helped drive Nevada near the top of the Franchise Interest Index ™ in 2019 and again in the first quarter of this year. 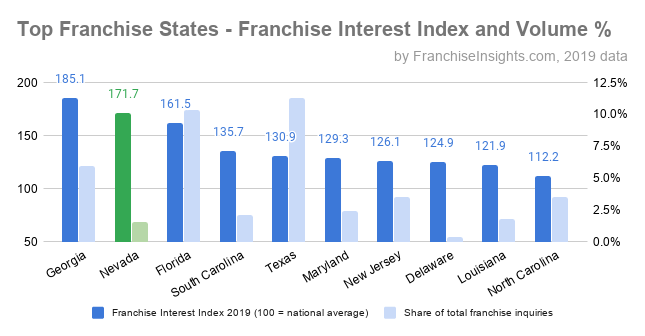 The Silver state was also notably strong in its representation of the small but well-funded Senior demographic. Here is a demographic profile of Nevada prospects who contacted franchisors through the FranchiseVentures demand-generation platform in 2019: